– 10 Curious Facts About Air Conditioners That You Didn’t Know

Cooling and air conditioning have been around for a very long time. Modern air conditioners have a history of over a hundred years, and we’ve been seeing all sorts of innovations and improvements in new systems. Whether it is at home, at work or in supermarkets, restaurants and hospitals, heating, ventilation and air conditioning (HVAC) equipment is an essential part of our daily lives. But there may still be some curiosities that you didn’t know.

Here are ten interesting facts about air conditioning to whet your appetite:

Before mechanical engineering, early scientists experimented with chemical reactions that caused cooling. In the 18th century, Benjamin Franklin and chemist John Hadley discovered that liquid evaporation caused a decrease in temperature, even below freezing point.

They tested different liquids with a mercury thermometer, observing that water decreased the temperature when evaporated. They also found that different liquids have different levels of cooling, depending on their volatility, and thus the rate at which they evaporated. Alcohol lowered the temperature much more than water, and the very volatile ether had an even more powerful cooling capacity. But their experiments were conducted on small amounts of liquid and didn’t really have any effect on room temperature. Still, they laid the foundations of artificial cooling.

Later in the 19th century, Michael Faraday made more progress on those early discoveries; he started experimenting with ammonia and found out that it could cool down the air in his laboratory, by first compressing and liquifying ammonia, and then allowing it to evaporate. Even though ammonia is not currently used because of its poisonous nature, it was a breakthrough discovery that contributed to refrigeration as we know it today.

During the 19th century, bouts of yellow fever and malaria were rampant in warmer regions of the United States, like Florida. At that time, large blocks of ice were shipped from northern states, to use in hospital rooms and give comfort to patients. Wealthy families would also use ice in their homes to keep cool. But this method was tedious and costly, so physician Dr. John Gorrie decided to take matters into his own hands.

Through his efforts, he created an “ice machine” and in 1851 was granted the first mechanical refrigeration patent in the US. Gorrie’s machine used a scientific principle still used in modern refrigeration; that is, rapid gas expansion causes cooling. His invention allowed air to be condensed with the use of two force pumps, the compressed air was then directed through coils under cooling water into a low-pressure tank, where it dropped the temperature under the freezing point.

Thanks to this freezing tank, water was slowly dripped into moulds to form ice cubes. A model of this revolutionary machine can be seen at the Gorrie Museum in Florida. Unfortunately, Gorrie couldn’t bring his invention to the market, due to his main investor and business partner passing away; but it opened the possibilities for modern cooling systems.

Surprisingly, the first modern instance of an air conditioner wasn’t invented for the purpose of cooling and human comfort, but to regulate humidity at a publishing company. At the beginning of the 20th century, a publishing company commissioned engineer Willis Carrier to deal with a humidity problem in their building. The high humidity levels prevented ink from fully drying, making it smudge and it also caused magazine pages to wrinkle and deform.

He successfully created a system to control humidity as he was asked; and, realizing the potential of his system, later kept working on his invention to improve it and commercialize it, naming his system “apparatus for treating air”. The fact that this system not only cooled indoor temperatures but also controlled humidity is what makes it the most similar to modern air conditioners. This has rightfully earned him the title as the “Father” of air conditioning.

4. The summer movie phenomenon started thanks to AC

Have you ever wondered why summer blockbusters are so popular? You might be intrigued to know it’s all thanks to air conditioning. Early modern air conditioners were large, bulky and costly, so they used to be only installed in public and commercial spaces that could afford such an investment . The first buildings to incorporate them were hospitals, government buildings, and more popularly, cinemas and theatres. To escape the heat waves in the warmer months, going to watch movies and shows in cool comfort became a popular and affordable form of entertainment, bringing more revenue than ever to cinemas and theatres during summer. 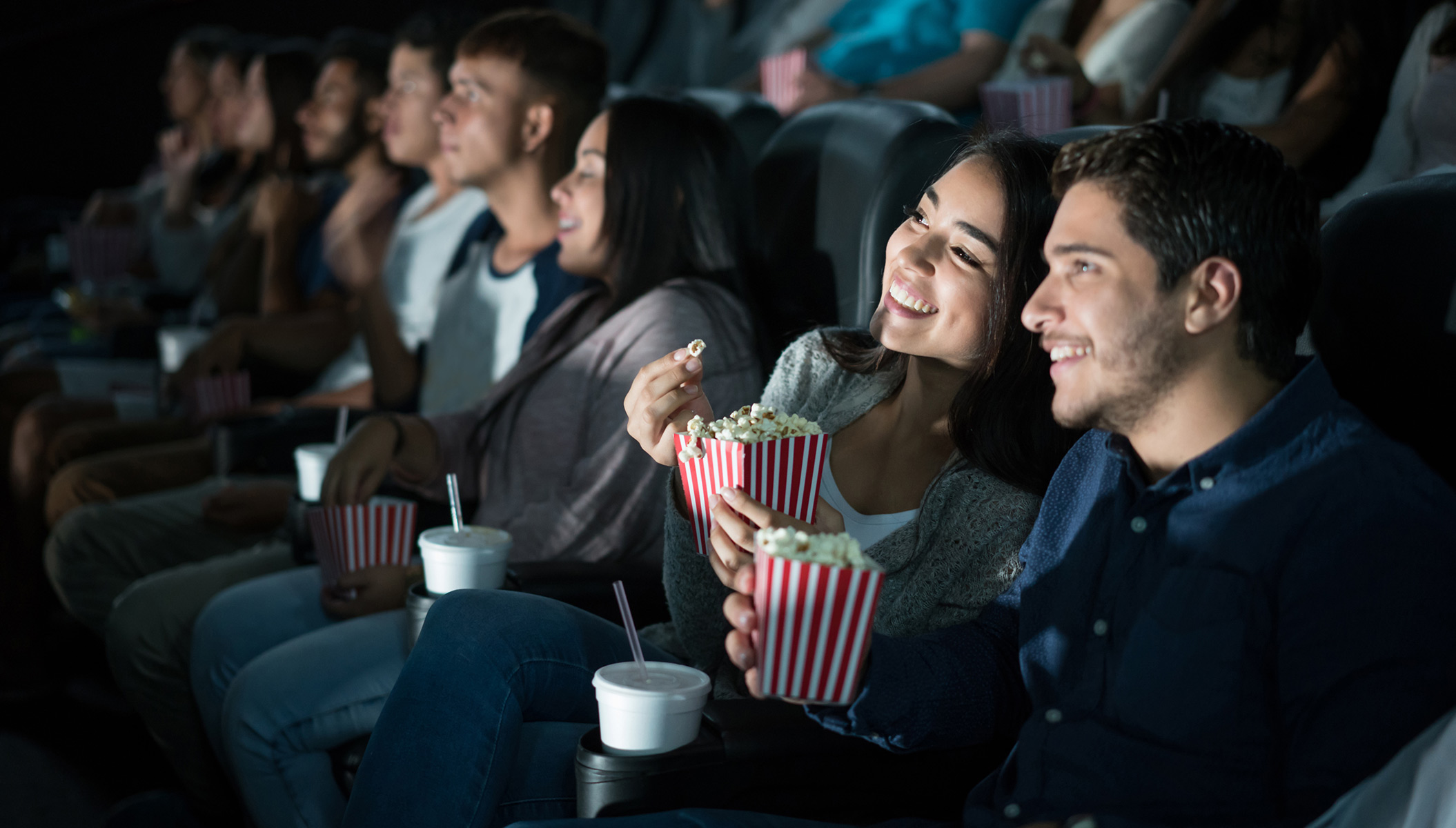 5. AC is attributed to the success of progress and development

Singapore is a modern, financially successful, and not very old country. When the founding father and first prime minister of Singapore, Lee Kuan Yew, was asked what was the key to his nation’s rapid growth, within the answer he said: air conditioning. This may seem a strange answer, but Lee’s philosophy was that once basic conditions for progress were met, success would follow. He believed in laying the basic foundations before diving into more complicated matters. He comments, “The first thing I did upon becoming prime minister was to install air conditioners in buildings where the civil service worked. This was key to public efficiency.” This is not such an overstatement when you think about all that air conditioning has facilitated for different industries.

Before the existence of air conditioning the development of medical research was significantly harder. Unstable temperatures were highly challenging for testing and for chemical laboratories. With climate control equipment, the ability to maintain stable temperatures and humidity levels became a reality, making it easier to test and develop medicines to treat different illnesses.

Particle filters and ventilation also help researchers work in a safe environment while handling chemicals that can have adverse effects in a poorly ventilated environment. Cool temperatures are also critical to preserve some chemical compounds and keep their beneficial properties, which you may already know from instructions that indicate to store home medications away from sunlight and heat.

7. AC makes it possible to live in inhabitable regions

What do Dubai and Las Vegas have in common? They’ve both got thriving economies and they’re both cities surrounded by deserts. Despite their naturally unfavorable weather conditions, both have grown exponentially in the last decades. One of the things to notice about these cities is that their populations have been able to thrive and grow with the help of air conditioning, which is considered essential for living in these cities.

Climate control has had a key role in creating the ideal living conditions for residents and tourists. In Dubai, where temperatures average around 35ºC and 40ºC (95ºF and 104ºF) in summer, more than 70% of households’ energy expenditure comes from cooling. And in the city of Las Vegas, at least 90% of new homes have air conditioners installed. Making comfortable living conditions in arid areas wouldn’t be possible without modern air conditioning; and luckily, they are becoming more and more efficient. It’s the same for many other warmer regions, from Florida and Texas, to the aforementioned Singapore and also Hong Kong.

We mentioned that AC powered Summer Blockbusters, well before AC the heat influenced vacations. Most schools around the world have long summer vacations, which originally were planned as a break due to high temperatures that made learning and staying in classrooms more uncomfortable. Before air conditioning, wealthy families could take this time off to escape the heat to their summer homes near lakes or on the seaside.

Industries would also slow down as thermometers rose and productivity decreased, making summer a low season for business. When air conditioning became widely available in the market, most businesses could maintain their productivity levels all year round; but summer breaks in schools are still the custom. It is generally thought that children benefit from a long resting period, as their growing brains also need time off to consolidate what has been learnt during the school year, and to prevent burnout. Thankfully, it’s one positive fact that didn’t change with the popularity of air conditioners! 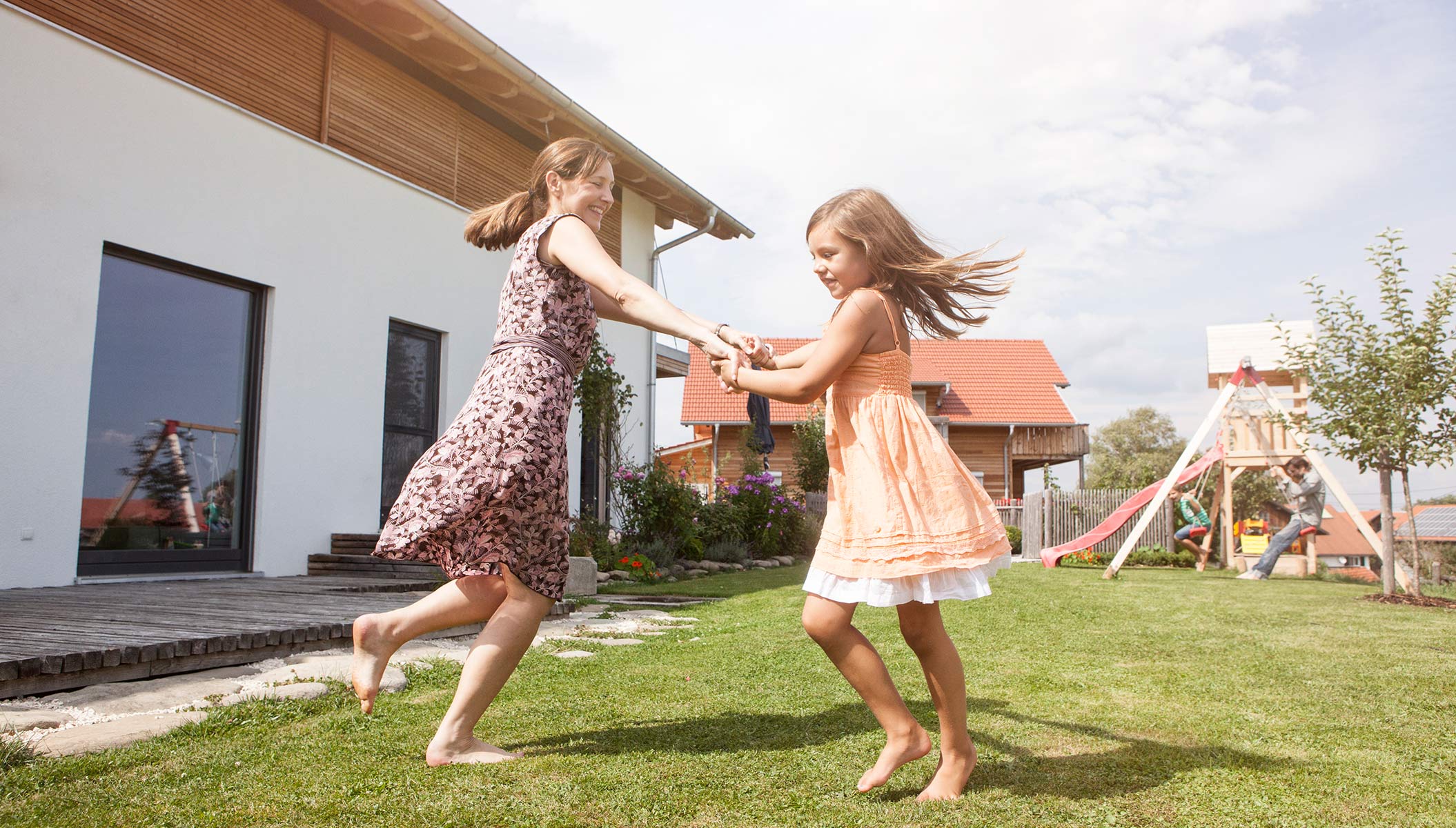 9. Architecture was different before air conditioners

If you think about early civilizations, such as Ancient Egyptian, Roman and Greek civilizations, you may wonder how they lived through hot weather. Back then, it was all about architecture, and how houses could be designed to lower the impact of sunlight and benefit from natural ventilation. Early instances of architecture have small windows, high ceilings and passageways to encourage cool air to pass through the rooms.

Ancient Persian buildings had “wind catchers”, which were tall structures at the top of buildings that redirected the breeze into the rooms. Indoor fountains and pools were also popular to bring temperatures a few degrees down. Today, architecture is much different, with large windows to let natural light in and lower ceilings to maximize space utilization in multiple-story buildings.

10. China has the highest AC demand in the world

China is home to many warm and populous cities, such as Guangzhou, Shanghai and Chongqing, where temperatures in August can well go over 40ºC (104ºF). And as such, China has become the country with the highest demand for air conditioning in the world. The US, Japan and India follow much behind in this ranking. If we consider the percentage of households that have air conditioning, Japan would rank first, with 91%, followed by the US with 90%.

Air conditioning and how people coped with heat has a surprising history and it is surrounded by interesting facts. We have come a long way since its invention, and innovations around heating, ventilation and air conditioning are constantly evolving and advancing. There is one common factor that threads all these developments together: the pursuit of comfort.

Learn about airHome, the new residential air conditioner by Hitachi that makes indoor comfort smart, efficient and convenient, as well as helping you maintain optimal levels of indoor air quality for a healthier home.

Also, for more options, explore our different ranges of Hitachi air conditioners on our website and find the ideal solution for you.

Differences Between AC and Heat Pumps. What Do I Need to Know?

What Are The Benefits of AC Zoning in The Workplace?